Marker Commemorates Legacy of Civil Rights Sit-in at the Ponce

On the 58th anniversary of a Civil Rights sit-in that took place at the Hotel Ponce de Leon, students, faculty, staff and community leaders unveiled a marker at Flagler College commemorating the significance of that day. 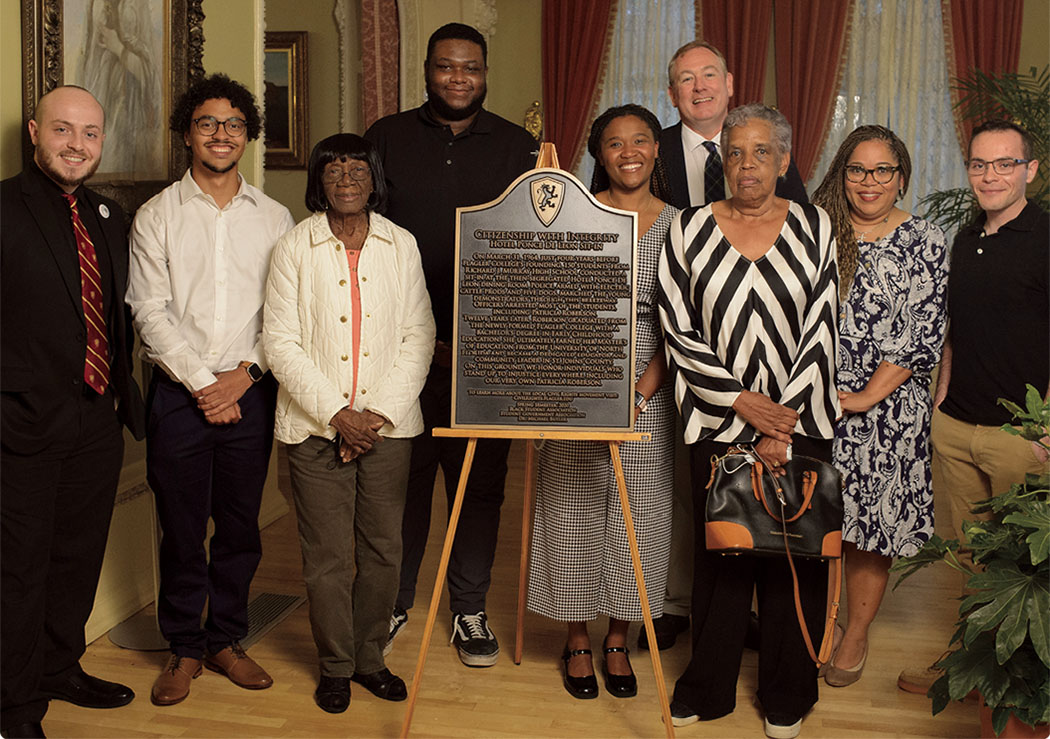 Dr. Michael Butler and members of the Black Student Union stand with the commemorative plaque.

The marker was created through a partnership with Flagler’s Black Student Union and the Student Government Association. It was unveiled at the College on March 31.

In 1964, the late-Patricia Roberson and 150 students from Richard J. Murray High School conducted a sit-in at the segregated Ponce dining room before it was the College. More than 110 students, including Roberson, were arrested by police officers armed with dogs and cattle prods. Twelve years later Roberson graduated from Flagler College and went on to serve the St. Johns County community as an educator.

Dr. Michael Butler, Kenan Distinguished Professor of History, brought this story of courage to his Flagler students several years ago and work began to commemorate the event.

Members of the Black Student Union said the marker will be a way to honor Civil Rights champions like Roberson, as well as a permanent symbol of BSU's dedication to giving students who are Black a voice on campus and in the community.

Tagged As
Previous Article
Next Article