Before coming to Flagler to work as a campus safety and security officer, retiree Steven Griffin served as a "Seabee" in the US Navy and spent 30 years working as a mailman. After retiring about 14 years ago, Griffin spent some time bartending in Hawaii and then came to Florida where he worked as a ranger at Faver-Dykes State Park. 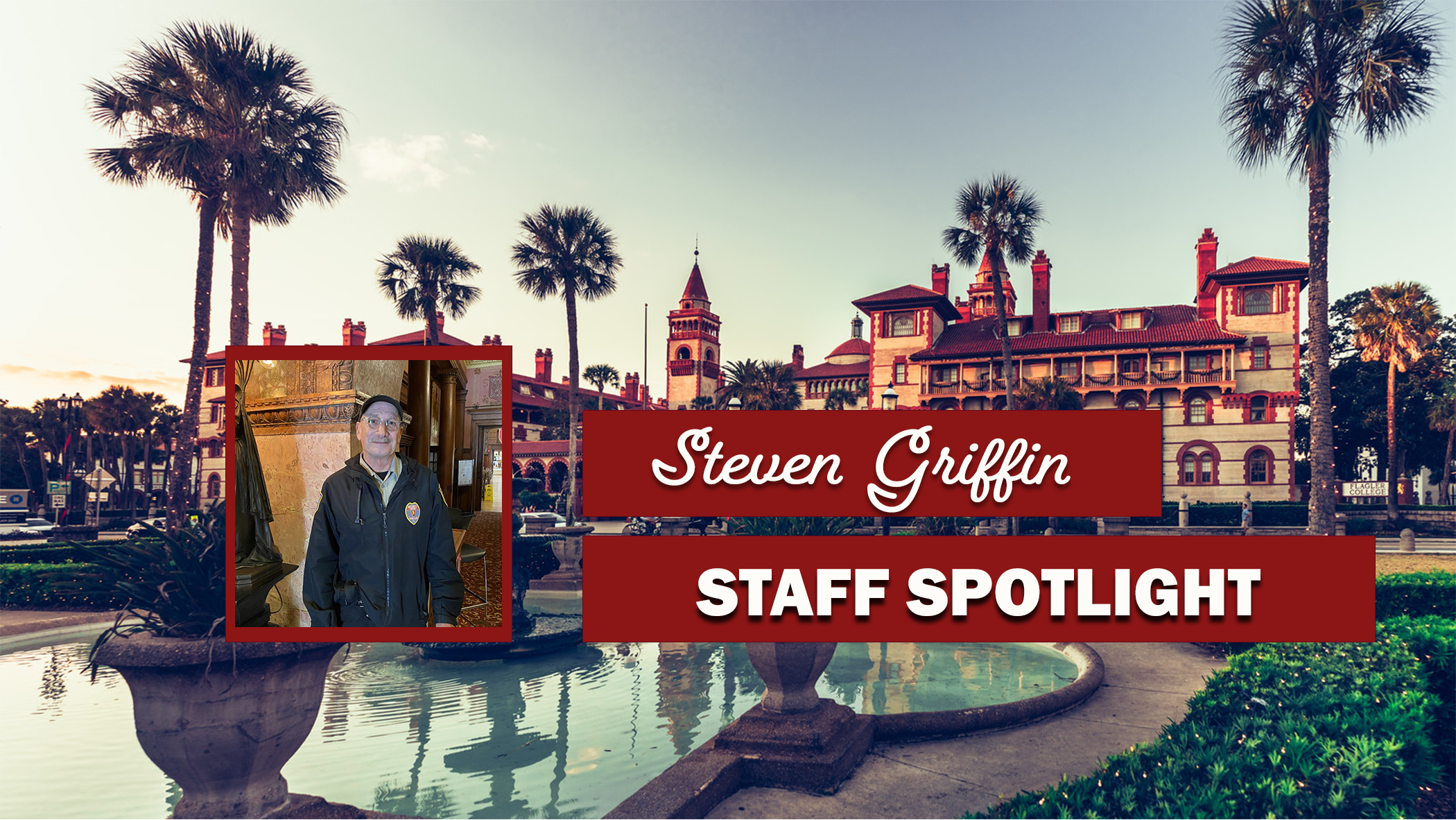 How long have you been at Flagler, and what does your position entail?

This is my second school year, I started last August. My job is to make sure that the students feel safe here, and that they can come and talk to me if there are any issues.

What do you enjoy most about working at Flagler?

I love dealing with all the staff and students. I just love all the energy. Being 64 around people just starting out, I enjoy that.

What is a stand-out memory you have from interacting with students?

Interacting with the soccer team. They always are very, very supportive of me…When they have a game, I make sure the stadium and the stands are full…I drive the crowd over there and make sure people are aware of the games. I really work on that.

What is your proudest moment, personally or professionally?

I like when I can be helpful to people…I was the mailman for 30 years and there was a gentleman who used to follow me around, he was mentally disabled. He would follow me around my route and he would shoplift because he was always hungry. I told him, "if you don't steal, I will buy you food." So for 20 years, I paid his phone bill and I sent him money every two weeks, on his birthday, and on Christmas. But that's what I'm proud of, is when I can help other people… That's the stuff that makes me proud.

If you could meet anyone dead or alive, who would it be and why?

Walt Disney, because of his imagination, his ability to teach people to believe and fantisize. I always thought he made a huge difference in the world with how many people he made happy- from children to grandparents, people all over the world. I think he would be a very interesting person to speak with because he could look back on what he accomplished.

If you could choose anywhere in the world to travel, where would you go and why?

Sicily, because my friend has a bed and breakfast there and I’ve always wanted to go. But then Covid came, so I’ve been trying to get there. So, Italy would be my first stop and I would love to do a Mediterranean cruise.