As Flagler College student-athletes wrap up an unforgettable fall, they're taking time to celebrate their achievements and reflect on the challenges that shaped them into stronger competitors.

The women's soccer team is currently competing in the NCAA Tournament after winning the Peach Belt Conference Tournament Championship for the third straight season. The women scored the most goals in a PBC Championship game since 2009 and are grooving at the right time as they head to their second consecutive NCAA Division II Southeast Region Final appearance. 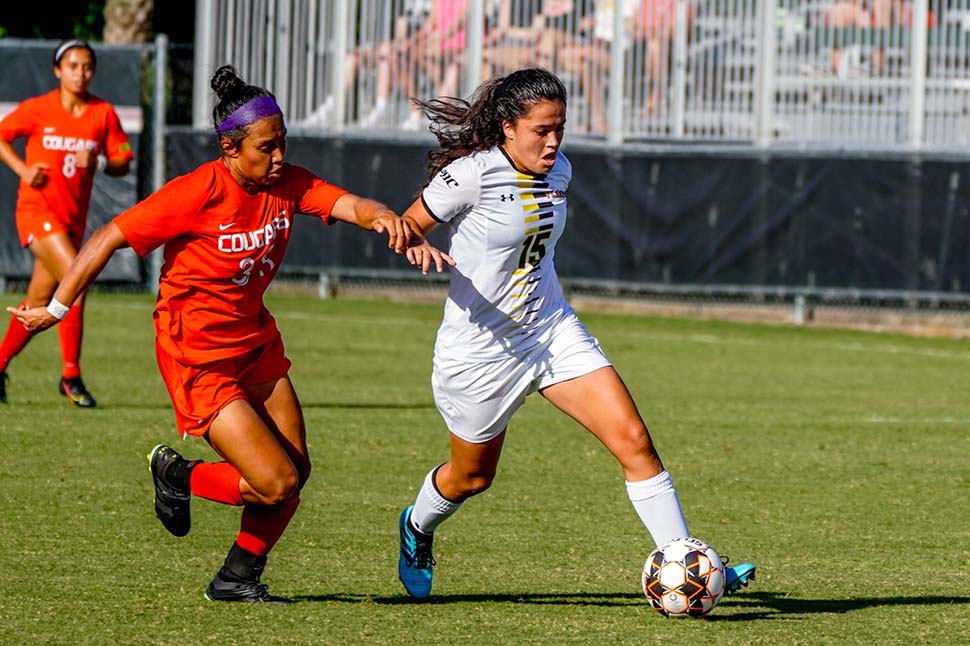 The Saints have been led by freshman Andrea Fernandez, who has 17 goals and 15 assists this season. Fernandez was also named the PBC Player and Freshman of the Year and the Division II Conference Commissioners Association Southeast Region Player of the Year.

Women's soccer senior Annie Habeeb believes there isn't one moment or single accomplishment that has made for such an outstanding season, but a combination of the incredible bond within the team and a desire to be the best versions of themselves on and off the field. 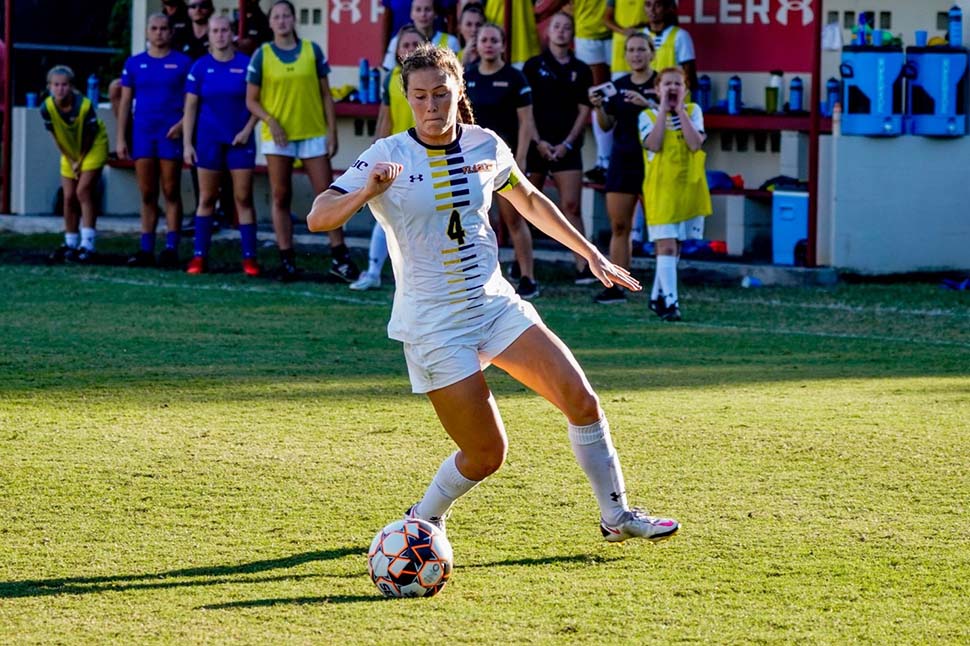 "What stands out to me is the team chemistry we have built on and off the field," Habeeb said. "It is the positive energy every day when we walk into the locker room, happy to be there and ready to put the hard work in day-in and day-out together, no matter what is going on in life. We are all talented and skillful on the field, but more importantly, genuine people, and that drives our success."

The men's soccer team ended its season in the PBC Tournament semifinals after securing the program's first double-digit win season since 2012. 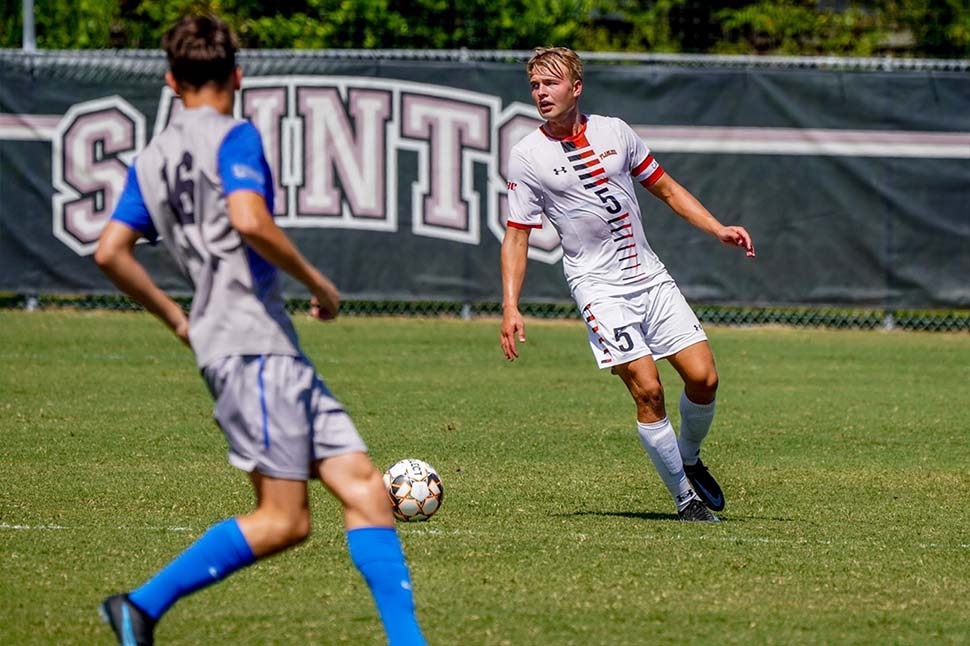 Senior Fannar Fjolnisson is proud of what his team accomplished and knows their hard work will pay off in the immediate future. "We got off to a rough start, but we all picked ourselves up, came together, trusted the process, and went on a five-game winning streak cementing our place in the top four," Fjolnisson said. "It was the first 10-game winning season for the Flagler men's soccer program since 2012, which is a sign that the soccer program is heading in the right direction, and I'm grateful that I was a part of a team that is paving the way to future success."

The victories didn't stop there.

After winning the PBC regular-season behind an unblemished 10-0 record for the first time in program history, the women's volleyball team competed for the tournament title and now head to the NCAA Tournament for the Saints' 10th appearance. 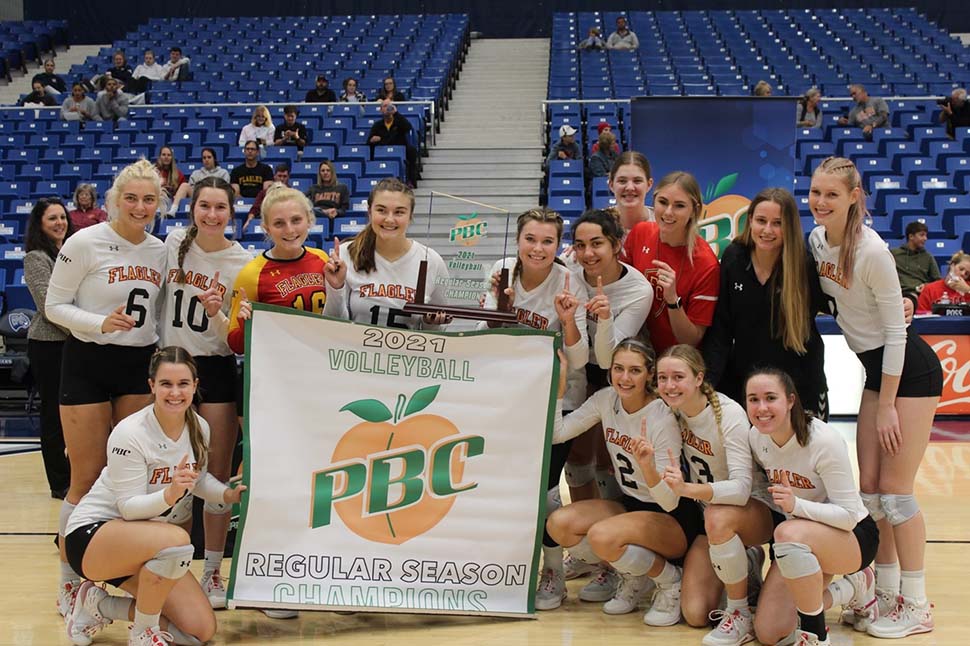 Not only did the champions return to campus with the Elite 16 Award, but coach Matt Affolder was awarded PBC Coach of the Year, Jordan Berglin earned PBC Freshman of the Year, and Kennedy Muff was named PBC Setter of the Year.

"The greatest accomplishment this season was going undefeated in conference," Muff said. "It was a group effort, and I can honestly say that it took every single woman on our team to accomplish it. Volleyball is the epitome of a team sport, and it took every coach, trainer, strength coach, and player on this team to do what we did!" 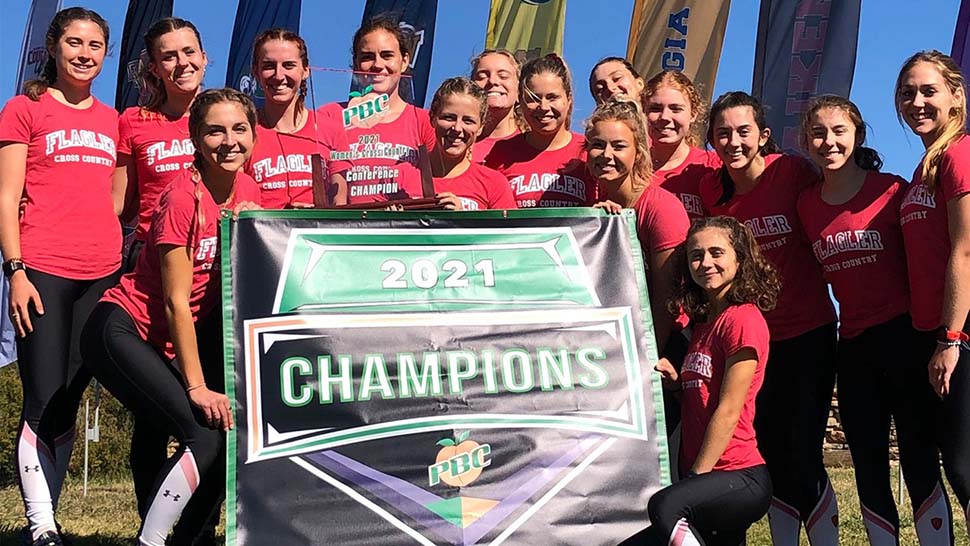 "My greatest accomplishment this season was running a minute 6k personal record (PR) and being awarded All-Region at the NCAA Regional Meet," senior Mescal said. "Coach Beil and my teammates pushed me to be my best this entire season, and it paid off in a big way that day. It was an amazing way to end my collegiate cross country career here at Flagler."

Men's cross country runner Joel Nesi knows the best is yet to come for the men's team that finished runner-up for the second consecutive season.

"This cross country season presented many challenges for our men's team and ultimately did not go the way we wanted," Nesi said. "However, these challenges brought the team closer and the opportunity for younger runners on our team to gain experience. Certainly, it was not the way we wanted the season to end, but the future of the program is brighter than ever."

Stay up-to-date with Flagler College athletes here or by following @FlaglerSports on Twitter, checking out FlaglerSports on Instagram, and subscribing to the e-newsletter.