The Design of a Better Future in Haiti

Motivated by the many tragic events and disasters that have shaken the nation of Haiti, Flagler College Assistant Professor Chris Smith has started using his knowledge of graphic design and virtual learning to better the lives of Haitian students looking for marketable skills. 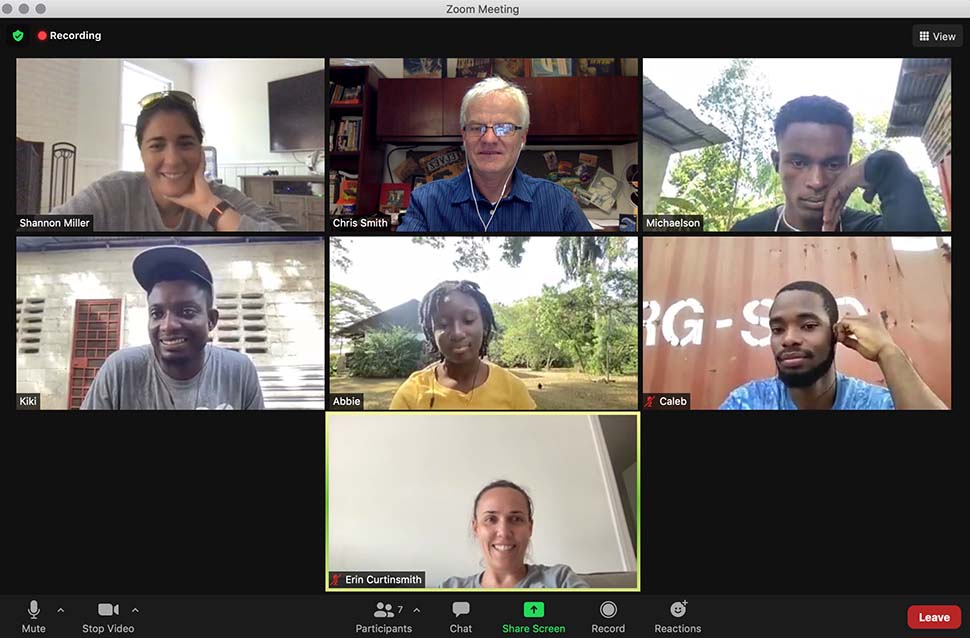 “It’s easy to say that we care about people,” Smith said, “but it’s another thing to actually do something about it.”

Smith has been involved with an organization called Foundation Pierre Smith Mondelus (FPSM) for two semesters. FPSM is missioned with reaching out to Northern Haitians to equip them with valuable trade skills, education and resources to build up Haiti’s economy in the wake ongoing civil unrest and natural disasters.

“The idea is to enable them to stay there and work from a distance or work locally instead of leaving Haiti, Smith said, “to create opportunities for them to build up the economy and their lives with their families.”

Smith teaches Haitian students via Zoom skills in graphic design that can be carried onto the students’ professional careers and give an opportunity of an education to better their lives and their country. Smith is not paid to teach nor do the Haitian students pay for the course, and they are provided with laptops and software at no cost to them.

“The students are in the age range of 18-30, and they are grateful to have this opportunity, you can really see that, they have such an eagerness to learn,” Smith said.

“I was watching Anthony Bourdain’s show and they had an episode based in Haiti, and it showed the town of Port au Prince, and it was pretty striking,” Smith said, “Bourdain ran into Sean Penn who described his relief organization in Haiti. My wife and I were so impressed by that, we looked at each other and said ‘we have to do something, we have to donate to Sean Penn’s organization.”

Smith felt the urge to contribute to the cause for help in Haiti, but it was by chance that he was connected to FPSM.

“Shortly after we had watched the show, I got an email out of the blue from FPSM to volunteer in relief efforts in Haiti,” Smith said.

A former international student of Smith’s had recommended him to work with FPSM, and the organization happened to reach out at just the right time.

“It was noteworthy, and so unusual,” Smith said. “It was almost a sign for me to take part in the work they are doing there.”

Smith’s courses are designed to mimic similar coursework from the Flagler College graphic design program, but the Haitian students do not earn a degree or certificate, only experience that they can build a protfolio and take into their professional lives. The class meets twice weekly via Zoom for class sessions and has projects to complete as coursework.

“The course teaches the students the basic graphic design software, and the course lasts the same amount of time more or less as a semester at Flagler, except I don’t grade them, I just give feedback on their work,” Smith said. “I encourage the students to gather the work they do in the course into a professional portfolio so that they can hopefully gain future employment.”

Although Smith was initially inspired to give money to a charity in Haiti, he has imparted more than money could ever buy, he has donated skills to the young people of Haiti that they can use to get employment for themselves and carve out a better future.

“You don’t have to donate money to help people. It’s just a matter of donating time and giving someone knowledge and that they can hopefully perpetuate themselves,” Smith said. 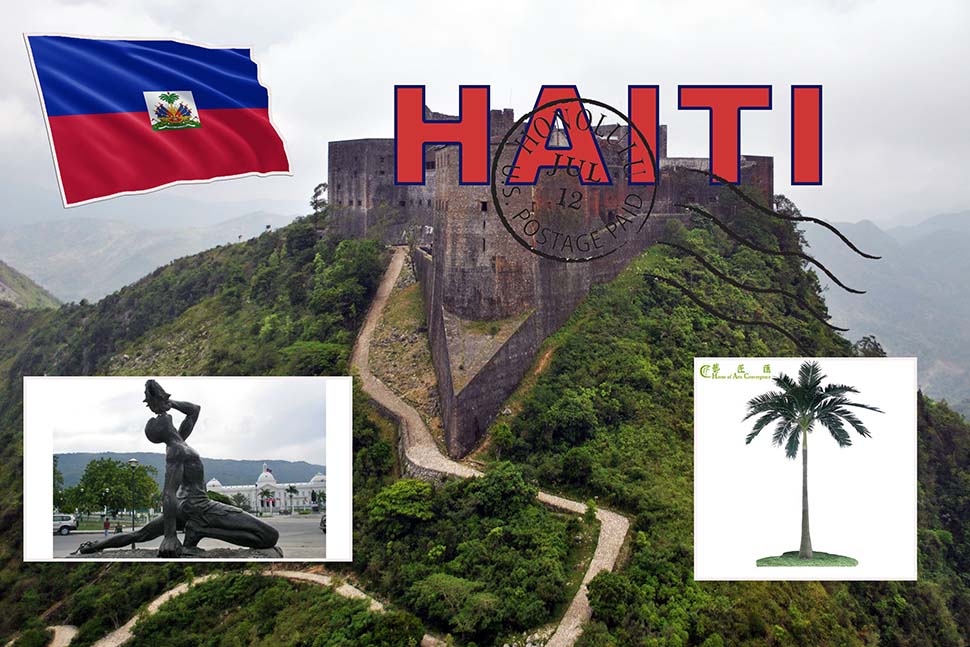 Cutting a check can only do so much for a country like Haiti that constantly grapples with economic and infrastructural issues that are tangled in corruption. Volunteers like Smith at FPSM impart life skills and resources for Haiti to improve their country’s own economy through the skilled employment of its own people.

“With Zoom, it is so easy to work with people at a distance that there’s no reason not to do something like this, I already have all of the course materials and resources,” Smith said. “The great thing about working with these students is that they are so thrilled to be doing this and eager to learn, it makes it so worthwhile.”

FPSM also provides free K-12 education in Haiti, as well as trade skills such as graphic design and agriculture and sewing. FPSM is a religious-affiliated organization that has a mission to plant churches and seminary education, but volunteers and students do not have any religious obligation to the program.

Shannon Miller, a leader in FPSM sees the hope and progress that the students are experiencing with their education through the foundations.

“I have heard it said that hope is born when opportunity meets agency,” Miller said. “Chris Smith has provided these students and friends with a life-changing opportunity. The student’s agency, drive, and will is beyond encouraging to observe. Hope is born in one of the most despairing countries in the western hemisphere and it is beautiful to witness.”

As a leader of FPSM, Miller is a firsthand witness to many of these students’ journeys within the program.

“I have known these students for 13 years, and since they were little kids, the students Michaelson and Kiki would draw on whatever they could get their hands on,” she said. “What a joy to watch their gift and passion be developed into a future profession. It is a dream come true for them.”

One of the students, Michaelson, was one of these children, and is in Smith’s graphic design course. 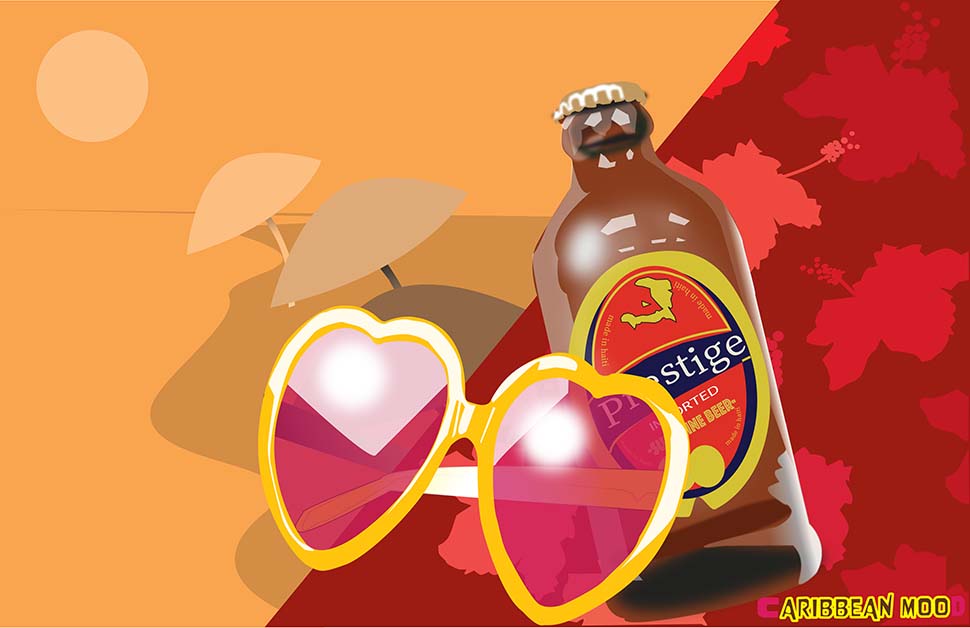 A graphic design project designed by one of Smith’s students, Michaelson. (Courtesy of Smith)

“This program is amazing, I learn so much and dream so much,” Michaelson said.

Smith has also been able to mark progress and see the students grow as a result of learning meaningful skills that could create entire careers for these rising students.

“You can tell they love the idea of graphic design, and love American culture,” Smith said. “They’re intrigued by those ideas and they are eager to learn more. I keep telling them there’s no pressure to continue and they just keep coming back.”

In recent news coverage, Haitian migrants and refugees are leaving Haiti to the United States by the hundreds in search of a new life, and the economy is collapsing as a result.

“A lot of them don’t want to flee, their families and what they know is there,” Smith said. “The idea of the program is to enable them to stay there and work from a distance or work locally.”

Miller affirms this goal of the program and sees work that the volunteers like Smith are contributing to the building up of Haiti’s economy and workforce.

“Haiti’s economy is fragile. Equipping and empowering these students to participate in the global economy can provide them with a genuine hope for a sustainable future,” Miller said. “I am eternally grateful for Professor Chris’ willingness, generosity, and care in making this program a reality.”

Smith says that he plans to stay with the program for as long as they have need, and would like to travel to Haiti in the future to meet his students.

“I’m a teacher and it’s only natural to want to help others, especially those who don’t have the same access and privilege that we do here,” Smith said. “I feel that I am doing something significant, and that I am very lucky to be able to be in this position to help others.”